How to identify the gems from your Patent Portfolio?

Intellectual property can account for 70% of a company’s value, but how can you be sure that you’re protecting the right patents. Being able to sift through your IP and pick out the gems amongst it can be a challenge, however, with the right strategic mindset, it can be done. Companies like Samsung, IBM and many more have large number of granted patents and they are generating revenue by selling and licensing patents that are owned by them. Since there are a large number of transactions in these areas, so there must be a strategy to identify the best patents to strengthen the patent portfolio of the company.

In order to implement a successful IP Monetization strategy, the IP portfolio must be thoroughly assessed and understood. When it comes to a healthy patent portfolio, quality is more important than quantity. Knowing your patent portfolio goes beyond maintaining a simple list. Identifying the most pertinent patents in a list of thousands can be tedious and difficult. An automated, first-order process for ranking patents lightens the load considerably. Sagacious has designed An Ingenious Patent Ranking Tool to identify the patents both most and least likely to be useful. Sagacious assures a company that the resultant monetization strategy is designed quickly without jeopardizing the quality of analysis. This is a quantitative analysis just to obtain an order to start any further patent portfolio management/optimization process like, patent tagging, infringement analysis etc. Several significant indicators are used to assess a patent’s value. Based on these indicators, the scoring and ranking of a patent is done. Below are listed some of the key parameters.

The citations are used as a strong indicator of patent value. Citations in general, and forward citations in particular (later patents that cite the subject patent), are found to be positively correlated to the likely value of the patent, meaning that a high number of citations is correlated with a higher patent value.

Also included in this are a range of factors that measure the originality, generality, or radicalness of the patent, as well as the breadth of the patent specification scope (i.e. the number of IPC-codes the patent has listed).

The Family Size indicator represents the number of countries in which protection is sought for the same invention. Patents representing large patent families are particularly valuable.

The timing indicator is most commonly represented by the patent age factor (which measures the age of the patent from its priority date). Patents generally see their economic value peak during 8-12 years after their priority date. Prosecution length is also categorized under timing and measures the time a prosecuted patent spends in prosecution, with the underlying reasoning being that the longer a patent spend in prosecution, the more valuable it is.

The claims count factor assigns patents with more claims higher value. The number of independent claims, as well as the length (word count) of the first claim or the entire patent specification, is another measure of value. The broad claim in a patent typically offer more protection against infringers than a narrow claim because they are often times very hard to design around, so the quality of claim also plays a big role in patent ranking.

Figure 1: A sample output of the patent ranking process.

Th*is is a high-level overview of the complete process and can be customized at any stage as per client’s requirements.

Patent Mining thus helps find the best hidden gems in the intellectual property marketplace that promise the most successful patent licensing opportunities, including those that yield hundreds of millions in revenue. Sagacious has offered a risk-mitigated, mutually-beneficial service to give companies an objective assessment of the strongest opportunities for monetization. Our experience ensures that the assertion of a company’s intellectual property rights is performed to high standards. This helps in providing a quick and rational overview of outstanding patents from the heap of humongous portfolio. 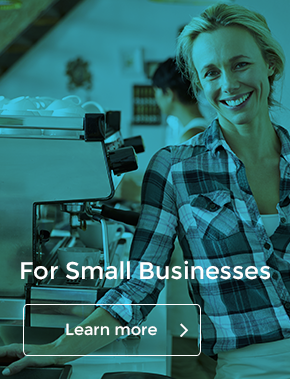